The Wandering Pulpit – After God’s Own Heart 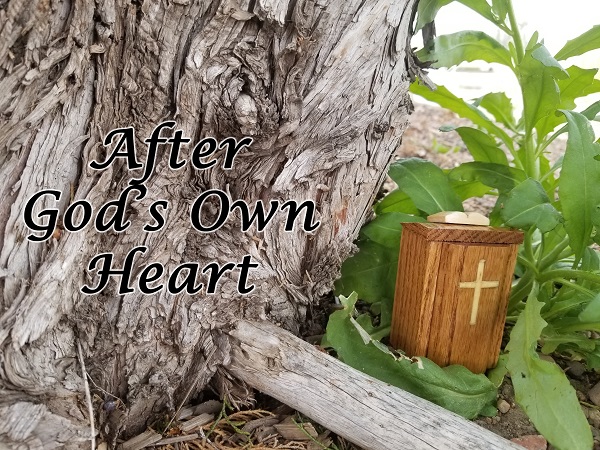 David has to be one of the most well-known people in Scripture, as he should be since his name is mentioned 1, 137 times in 28 of the 66 books of the Bible. To put that into perspective the name “Jesus” is only used 987 times (though Jesus is referred to more times than David just by other names). David is truly one of the key figures in Scripture, someone that every Christian should know about and understand. Unfortunately, there are only a few things, that I have found, most people know about David: 1. He killed a giant named Goliath. 2. He had an affair with Bathsheba. 3. He was a shepherd. The fact that this is what most people know about David is not surprising since these are associated with two major events in his life that are often taught, yet these are only two chapters out of fifty-two that are specifically dedicated to David. Not to mention the seventy-five Psalms attributed to him out of the one hundred and fifty listed in the Book of Psalms. I could continue on to list the importance of David in Scripture. From the covenant God made with him (which prophecies of Christ), to his choosing of Jerusalem as Israel’s capital, to his plan and preparations to build the First Temple, to his military conquests which changed the landscape of the Holy Land for many generations after him, and so much more.

Yet above all that David did and accomplished in his life, the most important thing we should take from him is actually the very first thing said about him in Scripture. It comes from 1 Samuel 13:14 where Saul is being rebuked by the prophet Samuel for his disobedience to the Lord.

Samuel said to Saul, “You have acted foolishly; you have not kept the commandment of the Lord your God, which He commanded you, for now the Lord would have established your kingdom over Israel forever. But now your kingdom shall not endure. The Lord has sought out for Himself a man after His own heart, and the Lord has appointed him as ruler over His people, because you have not kept what the Lord commanded you.”
1 Samuel 13:13-14

David was chosen by God and accomplished so much in his life because he was “a man after His (God’s) own heart”. But what exactly does that mean? Let’s us wander down this path a moment and try to understand the great importance of being “a person after God’s own heart”.

The more I read the Scriptures the more I discover that God is foremost concerned about our hearts, that is our inner being, as opposed to our outward actions. This is because if the heart is right, then right actions and words will come forth from us. However, if our hearts are set in sin, then sinful actions and words will come forth from us. This is not to say that God doesn’t care about what we do outwardly but rather that He addresses the cause before He does the symptoms. This truth is seen many different places in Scripture but let us just consider one example from Christ Himself.

“For there is no good tree which produces bad fruit, nor, on the other hand, a bad tree which produces good fruit. For each tree is known by its own fruit. For men do not gather figs from thorns, nor do they pick grapes from a briar bush. The good man out of the good treasure of his heart brings forth what is good; and the evil man out of the evil treasure brings forth what is evil; for his mouth speaks from that which fills his heart.”
Luke 6:43-45

To sum this up we can remember this simple definition:

A person after God’s own heart is one who personally and intimately knows the Lord, so much so that their own will and desires have become the same as His, leading them into seeking God’s perfect will in everything.

To further aid us in our understanding of this we can look to David’s life and see some examples of what it means to have a heart after God’s. (Please note this is not a thorough list)

A person after God’s own heart is…

As we study what it means to be “a person after God’s own heart” it is encouraging to note that this is not something just reserved for the heroes of the faith of old but rather is something that all of us are called to. Take some time to review this list and ask yourself the following question.

Are each these characteristics things that define and effect my life on a daily basis?